I met some entymologists yesterday. Talking about their work as Biological Control, the conversation shifted to pesticide usage. The phrase, "People want quick fixes," clubbed me. There is no such thing as a quick fix when speaking or thinking about life and the complexity of biological organisms. If you are tired, sleep. If you are hungry, eat. Basic needs can have quick fixes (unless you have sleeping or eating disorders. Ok, I realize i better not overlook the severity of those health issues), but when talking about huge infestations of the white fly consuming mono-crops that have been engineered without considering balance or the value of intangibles in the equation, there are no "quick fixes." The parasitic wasp may have worked on the white fly in So. Cal, but again, what scale was tipped?

One of the men said that Fipronil is non-toxic to humans. Kills all insects, but no prob for humans.
"What is it?" I asked. "A chemical pesticide?"
"I don't know the formula...after a short period with these wasps in a closed container with it, they were released and went back to their colony. Within 15 hours the whole colony was dead."
The horror!! A poison indiscriminately killing all insects. No analysis from a holistic perspective about the underlying cause or the repercussions of these sweeping, abusive actions. Killing is the most sacred act. If you are going to take a life, are you willing to acknowledge that you are creating hierarchy? The food chain is a cycle, but humans seem to lack the natural control to know when enough is enough.

OK. On my soap box. I went to this website--
http://www.sailhome.org/Concerns/BodyBurden/Sources3/Fipronil.html
and found:
"In 1996 when fipronil was introduced for commercial use in the U.S., it was praised as a safer insecticide because it appeared to target invertebrates rather than vertebrates.

Fipronil selectively acts on GABA and glutamate receptors. It kills an insect by disrupting its central nervous system. The mechanism for this 'selectivity' is not completely understood.

Newer research now shows that exposure to low concentrations is toxic to vertebrates including mammals and humans. The mechanism is excitotoxic.

Fipronil has been shown to mutate proteins and to kill human liver cells at concentrations of 0.1 nM. Using fipronil's molecular weight = 437.15 g/mol leads to


That is a ~very~ low exposure. Meanwhile, the government allows fipronil residue in foods at levels 220x to 34,000x higher.

The researchers noticed that the dose-response curve was non-monotonic. In other words, the smallest doses were more toxic than larger ones (see hormesis for more about this kind of toxic behavior).

Also, the researchers found that fipronil sulfone, a chemical left over after fipronil breaks down, was more toxic than fipronil itself.

Not very comforting to think that people working in the area of pest control did not know about this data. It is not innocuous or mild. Apparently the mindset, "we are not going back to the middle ages...if we want to have modern medicine and save lives, than chemicals will stay..." was the contained belief system driving this man.

We did discuss the hopeful prospect of people weaving ancient wisdom and global awareness to seek new solutions. Some conversation about permaculture and how it considers the soil web and the delicate balance.

I am happy to see so many gardens everywhere in Portland. Last night walking home I saw 4 heads of lettuce in the front of one yard when I thought, "It is weird that people panic about food when 4 heads of lettuce for one small family brings a lot of greens into that home." At our house, we have so many tomatoes we have to give many away and can a bunch.

I do not believe the poison peddlers and I hope you don't either.

The woman at the next table said she was listening in to our conversation and she believes there is no one solution. We entered a conversation about carbon, chemicals, money,... eventually it spiraled to snails. Yes, she has a lot of them. When she heard I eat them as an alternative to pesticides, she lurched back.

"You're not coming near my yard!" They are her friends.

Perfect. I am biological control for rampant garden mollusk "pests", not a friend killer. As she finished her chicken burrito, she said she eats meat, but cannot kill it herself. I know, it is a teary affair for me sometimes boiling the snails, yet I think it helps me remember how valuable they are...
Posted by Miss Snail Pail at 8:50 AM No comments: 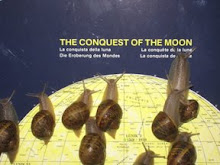 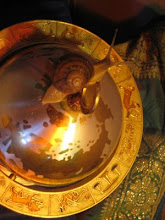 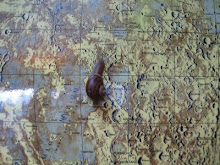 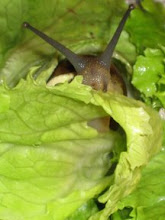 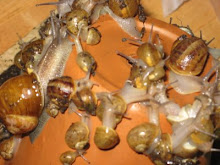 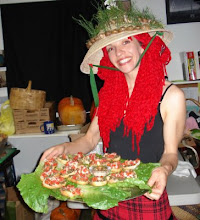 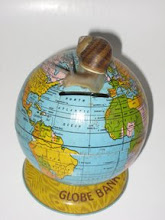 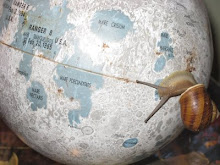 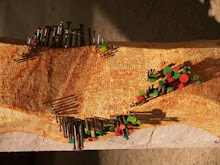 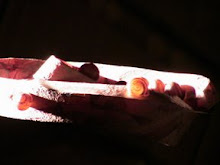 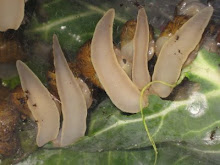 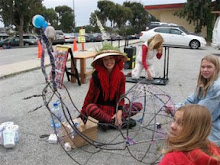